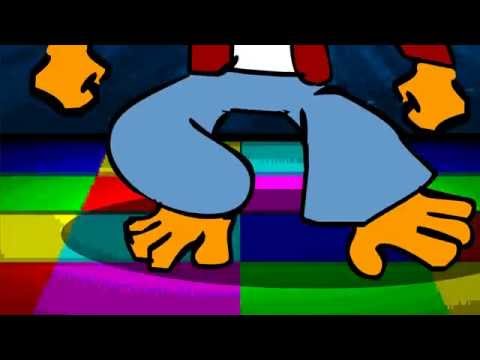 Here's a new Animation I made based on a song sung by DJ Casper. The Cha Cha Slide! This song gave me an Idea! I choose my Favorite Character from the Rainforest Cafe. Cha!Cha! the Red-Eyed Tree Frog! The Reason I chose him, because his name matches the Title Name. So I made him be the singer. If you want to know why his left and right move is going to the opposite direction, for real his dance is facing the Audience if you're look at the backside of him. Well, Hope you like it! SPOIL ALERT: Charlie Brown Appears when Cha!Cha! Mentions his name as a Dance Move. I don't own this song.