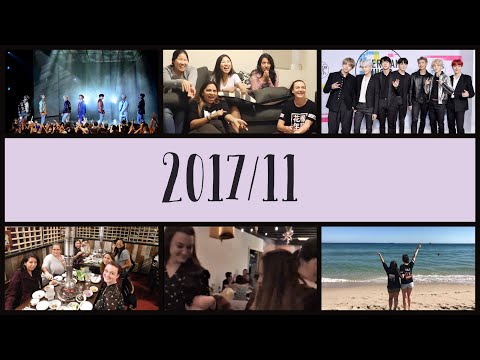 ** A little PSA about this video. This video was uploaded on a joint BTS ARMY channel ********** . Falling outs happened and all the hours I had put into filming and editing this vlog was gone. Until recently I had thought all my hard work was completely gone, but i had a realization and I granted myself back access to that channel. My videos were still there but set on private. I have now removed them completely from that channel and am re uploading them here on my personal channel so that this can never happen again.** November 2017: ARMY Vlog: First Time Meeting In this video Ashley takes a trip to south Florida to meet some fellow ARMY for the first time. While in Ft. Lauderdale Ashley met Ana, Bao, Miyeon, Dani, Fabi, and friends. On the first day Ashley and Ana went to Ft. Lauderdale beach and had some fun publicly dancing to BTS songs. Then next day everyone got together at a Korean BBQ restaurant called Gabose and ended the evening going to the Korean karaoke bar called Pocha. On the final day some of us gathered at Ana's' house to see BTS preform DNA on the American Music Awards (AMAs) https://www.youtube.com/watch?v=rH1PVvFj8cE #btsarmy #btsarmyvlog #방탄소년단 #americanmusicawards Songs used in this video: https://www.youtube.com/watch?v=Z09oHXluycg https://www.youtube.com/watch?v=LqBb1KgBfQw https://www.youtube.com/watch?v=jpbs9ywWbcw